Over 550 people attended the two day conference held in the main Civic Hall in Holmfirth. With the weather staying fine the location proved extremely popular with those who attended.

I have been inundated with positive messages of support, many of whom were attending a UFO conference for the very first time which is very pleasing.

It seems that many really appreciated the level of information being given out by all of the speakers.

One of the common phrases used by the people who attended was how 'professional' the whole event was which is down to the tremendous hard work put in by my excellent team of family and friends. Without them there is no conference full stop. A big thank you to all of them.

As I mentioned towards the end of the conference the 2016 event will have to change venue as government cut-backs look likely to close the Civic Hall in Holmfirth which will be a real shame if that happens. I sincerely hope that a way forward to keep the building in use is found.

I will be announcing details of the 2016 Conference in due course but in the interim the venue for it will be the Picturedrome Music venue which is located beside the Old Bridge Hotel which has become something of the base for the two days of the event.

Speakers will be announced in due course but I do hope to make a big announcement in the next week or so with regard to a headline speaker.

It was a great conference, thank you for all those that attended and I look forward to seeing many of you again in 2016. 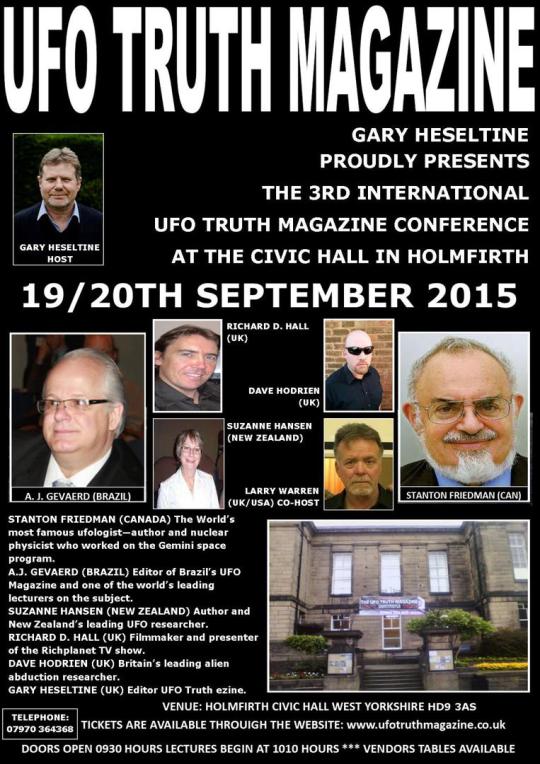