ABOUT THE EDITOR - GARY HESELTINE 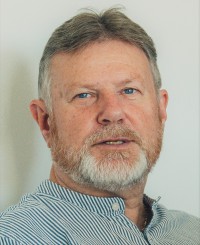 Former police detective    Gary Heseltine is the Vice President of the International Coalition for Extraterrestrial Research (ICER) composed of scientists, academics    and leading UFO/UAP researchers worldwide.    The organisation launched    in May 2021.

Using skills finely honed as a Home Office-trained police officer, Gary has examined cases with the “best evidence”, those that have high calibre witnesses with special knowledge, often corroborated by technology. He concludes, on “circumstantial evidence”, that some unidentified objects act as if intelligently-controlled, and that whatever is behind them is likely to be extraterrestrial, or non-human.

His work on police reports was recognised with an award from US disclosure lobbyist Steve Bassett’s Paradigm Research Group in 2010. He spoke        on behalf of police officers worldwide who had experienced sightings at the Citizen Hearing            on Disclosure at the National Press Club in Washington D.C., USA in 2013 (29 April-3 May).

He served six years in the Royal Air Force Police before serving in the British Transport Police between 1989 and 2013. As an advanced police interviewer of suspects and witnesses he worked    on complex cases such as murder, manslaughter      and rape. He was a specialist interviewer of first responder BTP officers at the inquiry into the      2005 London terrorist bombing.

Gary has undertaken a four-year plus reinvestigation of Britain’s most famous UFO event  at Rendlesham Forest, Suffolk, close to the twin bases of RAF Woodbridge and RAF Bentwaters used at the time by the US Air Force. He is writing a book on it that will feature new military witness testimony that should significantly change the existing narrative.  He is also lead researcher on a feature-length documentary on the case, now in post-production, called Capel Green after the field where some of   the events occurred.

His ezine, UFO Monthly.com, ran between 2004-2007 and he then had a year as co-editor of UFO Data Magazine.

Gary, born in Scunthorpe, Lincolnshire, in 1960.

He has two adult daughters, Jamie and Kayley, from previous relationships, and two grandsons, Lev and Oliver.

He also has a German Shepherd named Rusty.